What Are The Differences Between AR and VR? 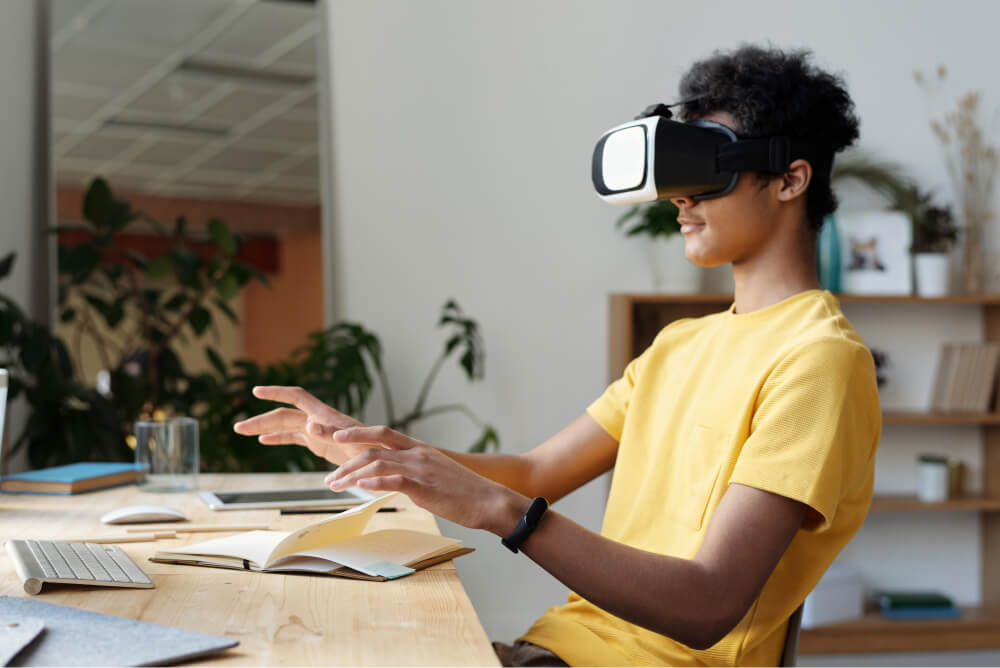 Both methods are recognized for providing an upgraded experience that combines virtual and real-world elements with enhanced 3-D images. Although the two can be easily confused, there are some fundamental differences between them.

What Is Augmented Reality (AR)?

Augmented reality, unlike VR advertising, is more efficient as a marketing and gaming tool than virtual reality since it is accessible to almost anyone with a smartphone. By displaying virtual graphics and figures via a phone’s camera or video viewer, AR transforms the dull, everyday environment into a colorful, visual one. The user’s real-life perspective is enhanced through augmented reality.

What is Virtual Reality (VR)?

Virtual reality brings these elements to the next level by creating a completely computer-generated recreation of a different environment. Using special peripheral devices such as computer systems, detectors, headsets, and gloves, these interactive simulations can visually recreate just about anything the player can conceive.

What Is the Distinction Between the Two?

The main differences between VR and AR are the gear needed and the interaction itself:

Notwithstanding their comparable designs, virtual reality and augmented reality achieve two extremely distinct things in two different ways. VR takes you away from reality and into another world. AR augments reality by superimposing data on top of whatever you’re currently experiencing. Both are strong innovations which have yet to fully gain traction with mainstream consumers, but they have a lot of promise. They have the potential to dramatically transform how we utilize computers in the long term, but whether one or both will thrive is still unknown.

The AR and VR industry is expected to reach $209.2 billion by 2022, indicating that these new, growing technologies offer limitless prospects for enterprises and employment. With software and hardware innovation, graphic design, investigation, and more, VR and AR are permanently altering how business is done.

Jobs developing and upgrading VR and AR technology are in high demand:

The sector will only increase as AR and virtual reality advertising become more fully integrated into how we work, play, and study.

Although both virtual reality and augmented reality are intended to provide the user with a simulated world, each notion is distinct and has diverse applications. For its potential to build informative overlays that add relevant, real-world scenarios, augmented reality is rapidly being employed by companies in the business sphere, no longer limited to entertainment venues like online gaming.

No comments to show.